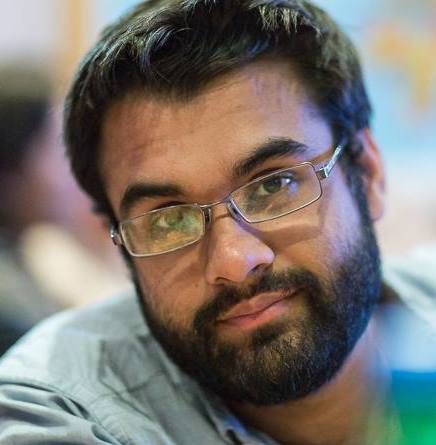 
Hi, my name is Yajit Jain. I am a Tamarkin Assistant Professor of Mathematics and NSF Postdoctoral Fellow at Brown University, as well as a Research Affiliate at MIT. Previously I was a graduate student at Northwestern University working with Prof. John Francis. Before that I was an undergraduate student at MIT.

My current research is in manifold topology and homotopy theory.

I am a manifold topologist studying exotic smoothings of manifold bundles. These are natural extensions of exotic smooth structures on individual manifolds, e.g. Milnor spheres, to the parametrized setting. The key invariant appearing in this area is the higher smooth torsion, an invariant studied independently by Igusa and Klein, Dwyer, Weiss, and Williams, and Bismut and Lott.

Work on these invariants was pioneered by Igusa and Waldhausen using intricate models for moduli space functors including the Whitehead space, the stable parameterized h-cobordism space, and algebraic K-theory of spaces. In my work I use excisive approximations of these functors, which I model using the n-Disk categories and zero-pointed spaces appearing in work of Ayala and Francis on factorization (co)homology. Coming up with refinements of the higher smooth torsion invariants in this setting gives me the footing I need to execute generalizations of theorems from classical differential topology, such as the Poincaré–Hopf theorem, to excisive functors that generalize the Euler characteristic.

In my thesis I prove a conjecture of Goette and Igusa which states that after rationalizing and stabilizing the dimension there are no exotic smoothings of bundles with even dimensional closed fibers. In practice this means proving a vanishing theorem for a refinement of the higher smooth torsion invariant. This statement is in stark contrast to the odd dimensional setting in which the same authors construct all possible exotic bundles on a given smooth bundle.

While in graduate school I served as a teaching assistant for the following courses.

I was formerly an organizer of the MIT Talbot Workshop from 2018-2021.

In 2019 Talbot was held in Brady, TX. The topic was moduli spaces of manifolds, mentored by Prof. Soren Galatius and Prof. Oscar Randal-Williams. We made it into the local newspaper!

Here are the notes for the workshop, originally live TeX-ed by Lucy Yang, and edited by several members of the workshop including myself.

The 2020 workshop, Ambidexterity in Chromatic Homotopy Theory mentored by Prof. Jacob Lurie and Prof. Tomer Schlank, was postponed to 2021 and was held in Plymouth, MA.

In Summer 2021 we held Viva Talbot, a online retrospective workshop to mark the fifteen years of Talbot!

Here is a list of previous and upcoming travel.